The Shift to Microservices Alters the Inner Dev Loop

Inner Development Loop noun
/ˈinər dəˈveləpmənt lo͞op/
The iterative process of writing, building and debugging code that a single developer performs before sharing the code, either publically or with their team.

Running Local Only Development Environments is Not Ideal

Duplicating your microservice on your local machine introduces new issues.

Time needed to build and maintain emulators for adjacent services

Requires developers to "each have a 64-core machines"

Difficult to maintain as applications grow in size and complexity

Duplicating development clusters for each developer has its downsides.

Each developer must maintain their own cluster or namespace

Microservices are not synchronized with up-to-date versions

Service Preview allows developers to test changes locally as if they are in the shared dev cluster without affecting the work of their peers and without lengthening the inner dev loop with container deployments. 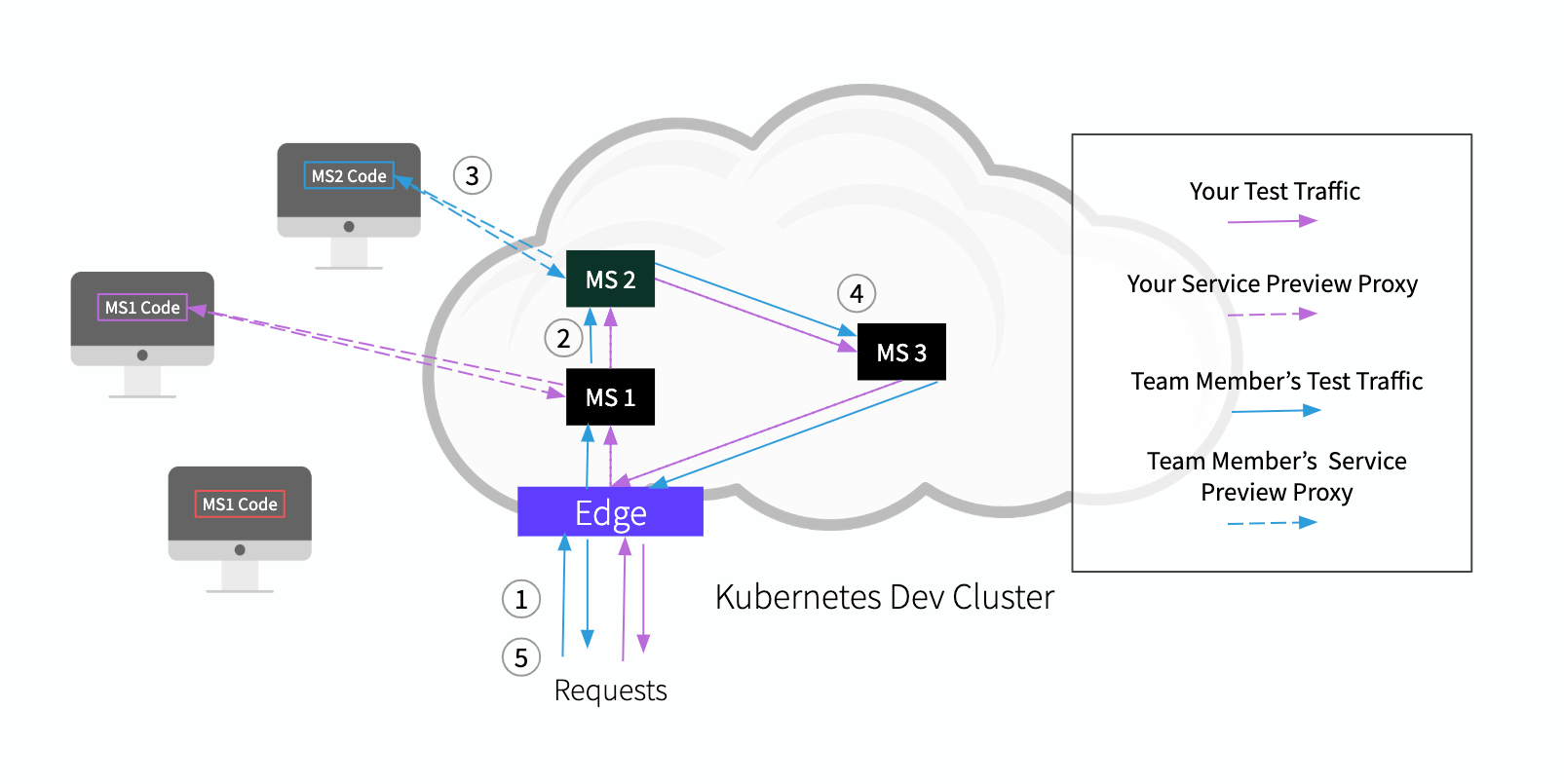 Service Preview routes traffic intelligently through a cluster allowing developers to route test traffic to their local machine for testing purposes. From the diagram above:

Developers can modify code, debug, and view results through any IDE and/or toolchain of their choice.

Eliminate the need to deploy containers with each cycle.

Preview your changes and how they impact your cluster without affecting others.

Test your code changes against a realistic, up-to-date version of your staging environment.

Eliminate the need to create and maintain duplicated environments for each developer.

No need to limit or adjust your inner dev cycles as your application grows and becomes more complex.

Take The Next Step

Book a call with a Kubernetes expert, request a demo, or schedule a call with our sales team