To get traffic into your Kubernetes cluster, you need an ingress controller. To properly address security, availability, and developer workflows in a Kubernetes environment, you need more. Learn why you really need an edge stack to securely and effectively manage traffic to your Kubernetes application.

What is Kubernetes Ingress?

Kubernetes ingress is a collection of routing rules that govern how external users access services running in a Kubernetes cluster.

A typical Kubernetes application has pods running inside a cluster and a load balancer outside. The load balancer takes connections from the internet and routes the traffic to an edge proxy that sits inside your cluster. 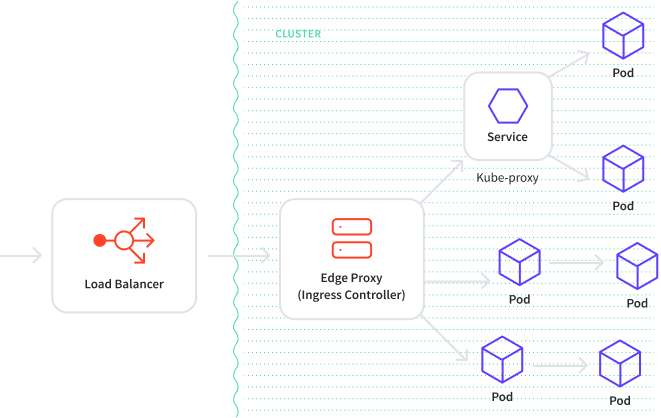 In this video from our Getting Edgy explainer series, Richard Li explains Kubernetes ingress.

In Kubernetes, there are three general approaches to exposing your application

A NodePort is an open port on every node of your cluster. Kubernetes transparently routes incoming traffic on the NodePort to your service, even if your application runs on a different node.

The Evolution of Layer 7 Proxies

NGINX was initially designed as a web server in 2004. In 2006, a competing web server HAProxy was released.

Efforts to manage layer 7 began in 2010 in the form of smart RPC libraries with Finagle from Twitter, Hystrix from Netflix, and gRPC from Google. Then, 3 years later, Airbnb announced SmartStack, the spiritual ancestor of the modern-day service mesh.

2016 was a major year for proxies and service meshes with Buoyant announcing Linkerd and Lyft announcing Envoy. Since the release of Envoy, the space has continued to change rapidly with responses from the incumbents, NGINX and HAProxy as well as new projects based on Envoy Proxy. Today, there are 13 Envoy-based projects referenced on the Envoy website. 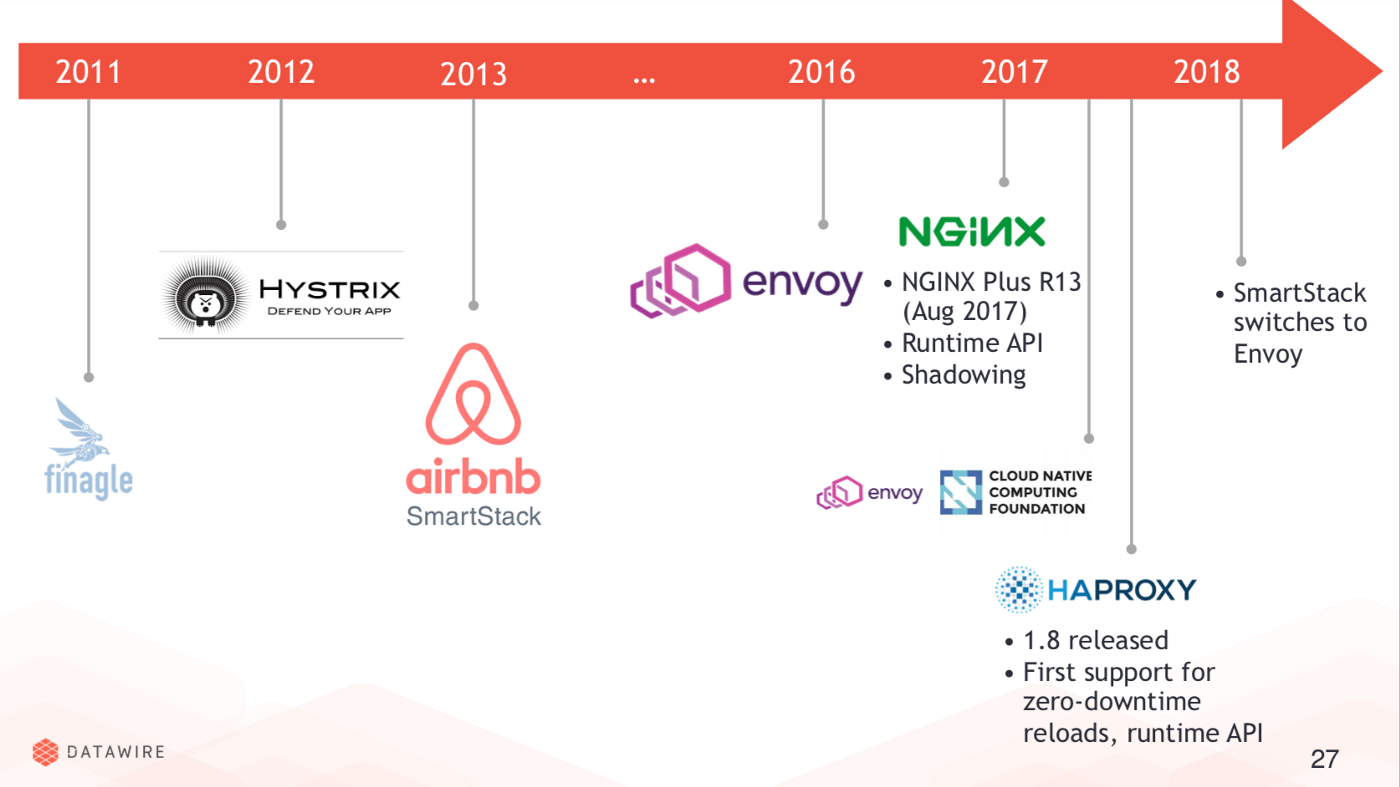 A Proxy Powers Your Ingress Controller

If an ingress controller is a car, a proxy is the engine. Proxies have evolved from web servers in the mid-2000s to high powered layer 7 proxies today to account for the new world of microservices and cloud native applications. Today, NGINX, HAProxy, and Envoy are the most popular proxies powering Kubernetes Ingress Controllers.

NGINX has evolved since its original release as a web server to support more traditional proxy use cases. NGINX has two variants, NGINX Plus, a commercial offering, and NGINX open source. Per NGINX, NGINX Plus “extend[s] NGINX into the role of a frontend load balancer and application delivery controller.” NGINX open source has a number of limitations, including limited observability and health checks.

Originally built in 2006, HAProxy is a reliable, fast, and proven proxy. However, the internet operated very differently in 2006 and HAProxy has been slowly catching up to the new world of microservices. For example, support for hitless reloads wasn't fully addressed until the end of 2017.

Envoy Proxy is the newest and fastest-growing proxy on the scene. Envoy was designed from the ground up for microservices with features such as hitless reloads, observability, resilience, and advanced load balancing. Lyft, Apple, Google, Salesforce, and many more companies use Envoy in production and the CNCF provides an independent home to Envoy.

Some ingress controllers are powered by custom-built proxies, like Tyk or Traefik. Since these proxies are custom built they typically have smaller communities and therefore slower feature momentum. In many cases, they lack the depth of the more widely adopted proxies that have been battle tested in more environments.

When an Ingress Controller Isn't Enough

The cloud presents new challenges for cloud native applications. Whether you are building a greenfield app or migrating a legacy app, your cloud native application will have many more microservices at the edge. These microservices will typically be managed by different teams and therefore have diverse requirements. Envoy Proxy and Ambassador were created to address these exact challenges.

The Kubernetes documentation and many other resources will recommend a simple ingress controller to get you started getting traffic into your Kubernetes cluster. However, as your application becomes more advanced there is a lot of additional functionality you will expect from your ingress controller including:

The Ambassador API Gateway delivers the scalability, security, and simplicity for some of the world's largest Kubernetes installations. 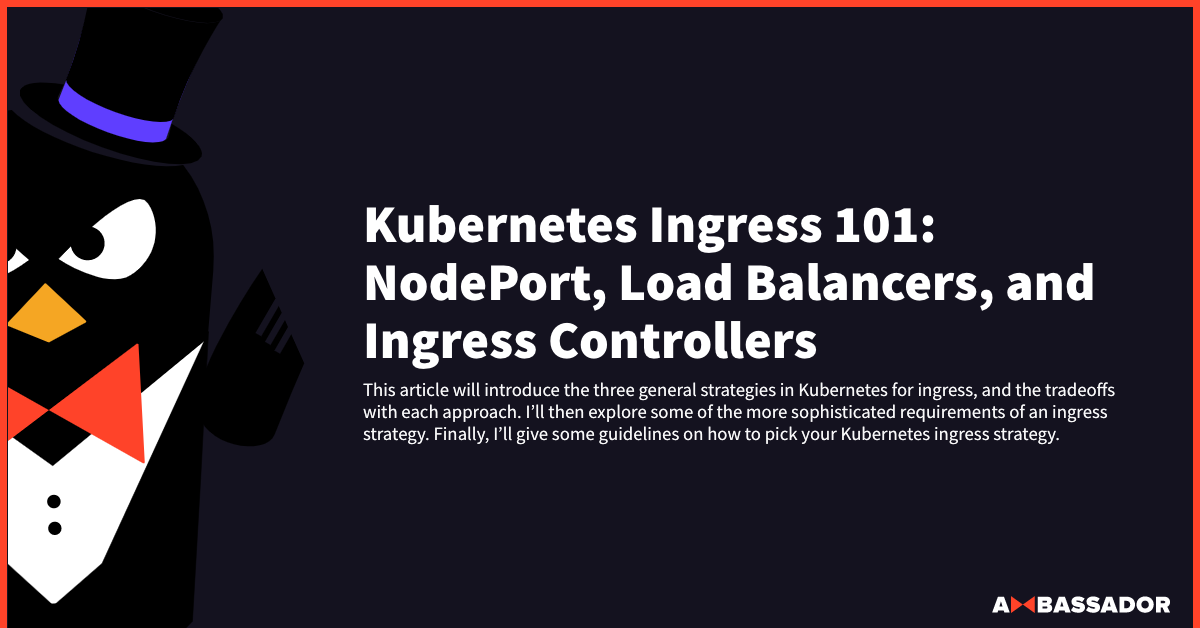 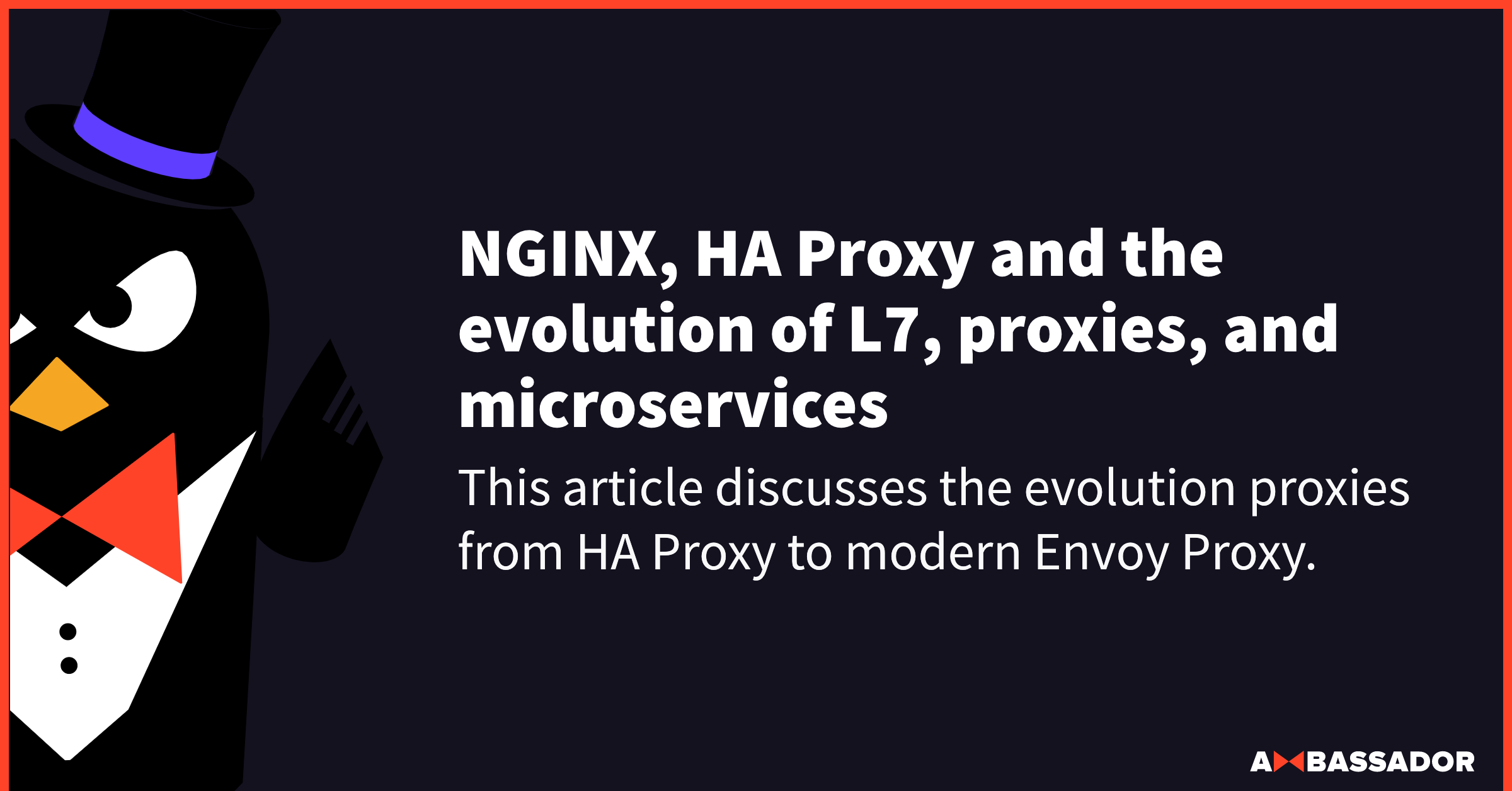 NGINX, HA Proxy and the evolution of L7, proxies, and microservices 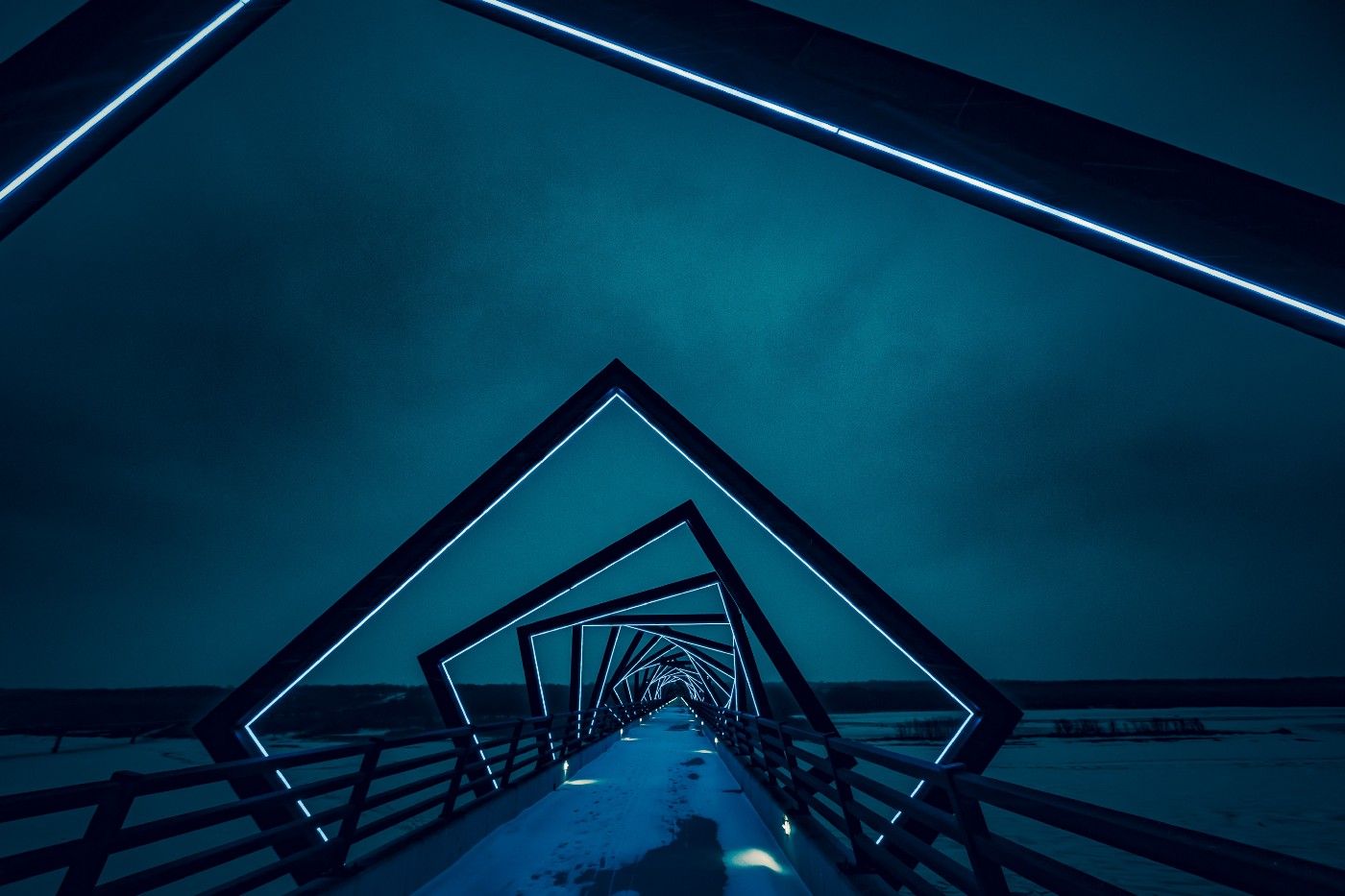 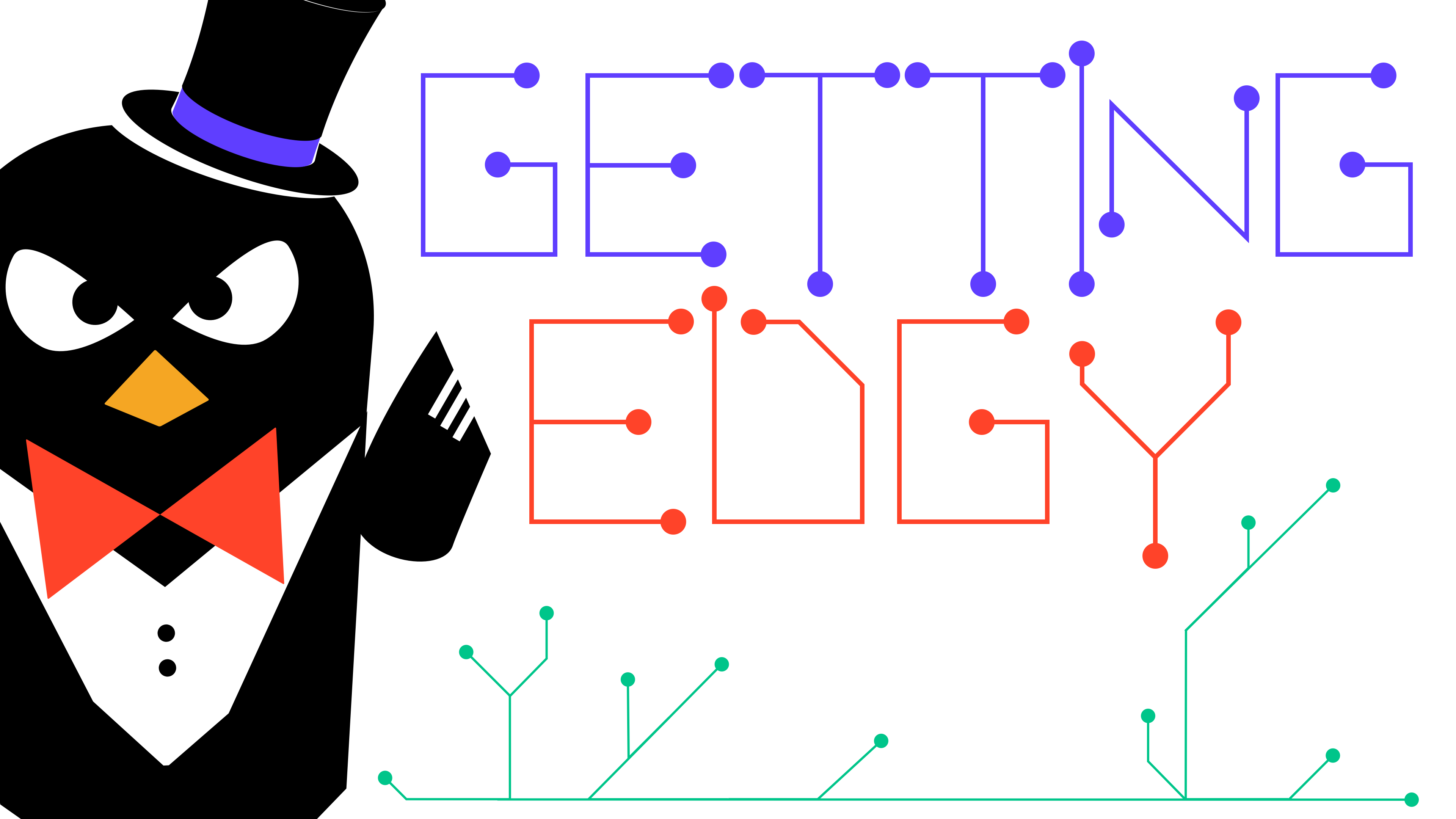 Save on your AWS bill with Kubernetes Ingress

Ambassador: The Evolution of Ingress Gateway at HelloFresh