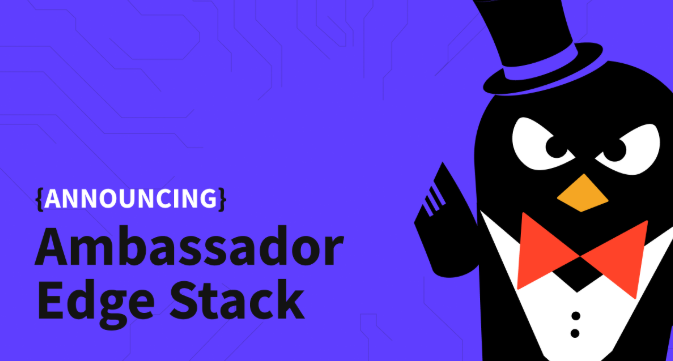 BOSTON, March 31, 2020 -- Datawire, the company behind the fastest growing Kubernetes-native API gateway, Ambassador, today announced the newest release of Ambassador Edge Stack that is designed to speed up the inner development loop. The new Service Preview capability uses fine-grained layer 7 control to allow multiple developers to code locally and preview changes as if the changes were part of the live cluster. By eliminating the need to build and deploy containers in each cycle of the inner development loop, Service Preview enables greater developer happiness and productivity on Kubernetes. Moreover, Service Preview slashes development-related cloud operating expenses by eliminating the need to maintain multiple, duplicative developer environments.

Second, depending on the impact a particular change might have on the entire application, deploying the changed microservice into a test cluster shared by everyone might drastically impact other developers. As more people work on a cluster, the only option is to test and develop their changes in relative isolation.

To overcome these challenges, organizations have generally implemented procedures to make copies of development environments for individual developers to use. These procedures include duplicating shared development environments locally, emulating adjacent services, or in the cloud, creating individual clusters for each developer. Unfortunately, local development computers often crash without enough memory, and dozens to hundreds of duplicate Kubernetes clusters lead to exorbitant monthly cloud bills. In addition to adding overhead and maintenance costs, these alternatives don’t scale well and fail to effectively mirror the development cluster as they evolve between duplications.

The Ambassador Edge Stack’s new Service Preview capabilities address the deployment and isolation problems without sacrificing the benefits of scalability and fidelity that a shared staging environment can provide. Service Preview enables developers to preview changes immediately and test locally with their tool of choice. Service Preview uses the fine-grained L7 routing of the Ambassador Edge Stack to enable users to send test traffic requests into the development cluster through the edge and have those requests routed to and from their local development machine. This enables developers to treat the local version of the microservice they are testing as if it is in the shared cluster and test the interconnections to adjoining microservices and data stores. Furthermore, with Service Preview, developers on a team can send individually identifiable test traffic to test changes on the microservice they are working on without affecting the work of others.

“This new way of testing microservices changes the game for developers struggling to gain the full value of Kubernetes,” said Bjorn Freeman-Benson, SVP Engineering, Datawire. ”Not only are developers able to minimize the number of clusters they need for individual testing environments (and thus minimize cost), but they are also able to increase their efficiency, and ultimately provide better applications sooner.”

“Developer agility, rapid development cycles, and experimentation is central to what makes microservices architecture so powerful for engineering teams,” said Steve Hendrick, Research Director, Enterprise Management Associates. “Datawire is at the forefront of breaking down barriers in the Kubernetes development cycle, first with self-service edge policy definitions and now with faster build cycles.”

Datawire develops the most popular API gateway solution for Kubernetes. Built on the industry-leading Envoy Proxy, Ambassador Edge Stack is available in both open-source and commercial editions. The ease of installation, breadth of services, and support for full-cycle development have resulted in thousands of companies adopting Ambassador Edge Stack, including Microsoft, PTC, Nvidia, and Ticketmaster. Headquartered in Boston, MA, Datawire has development locations around the world, including Portland, Oregon, and Montreal, Canada. Developers and operations teams can download a free community edition of Ambassador at www.getambassador.io.