The developer experience and the inner dev loop

How is the developer experience changing?

The developer experience is the workflow a developer uses to develop, test, deploy, and release software.

The outer dev loop is everything else that happens leading up to release. This includes code merge, automated code review, test execution, deployment, controlled (canary) release, and observation of results. The modern outer dev loop might include, for example, an automated CI/CD pipeline as part of a GitOps workflow and a progressive delivery strategy relying on automated canaries, i.e. to make the outer loop as fast, efficient and automated as possible.

Engineers now must design and build distributed service-based applications and also assume responsibility for the full development life cycle. The new developer experience means that developers can no longer rely on monolithic application developer best practices, such as checking out the entire codebase and coding locally with a rapid “live-reload” inner development loop. Now developers have to manage external dependencies, build containers, and implement orchestration configuration (e.g. Kubernetes YAML). This may appear trivial at first glance, but this adds development time to the equation.

What is the inner dev loop?

Even within the Kubernetes space, developers will find much of the inner dev loop familiar. That is, code can still be written locally at a level that a developer controls and committed to version control.

In a traditional inner dev loop, if a typical developer codes for 360 minutes (6 hours) a day, with a traditional local iterative development loop of 5 minutes — 3 coding, 1 building, i.e. compiling/deploying/reloading, 1 testing inspecting, and 10-20 seconds for committing code — they can expect to make ~70 iterations of their code per day. Any one of these iterations could be a release candidate. The only “developer tax” being paid here is for the commit process, which is negligible. 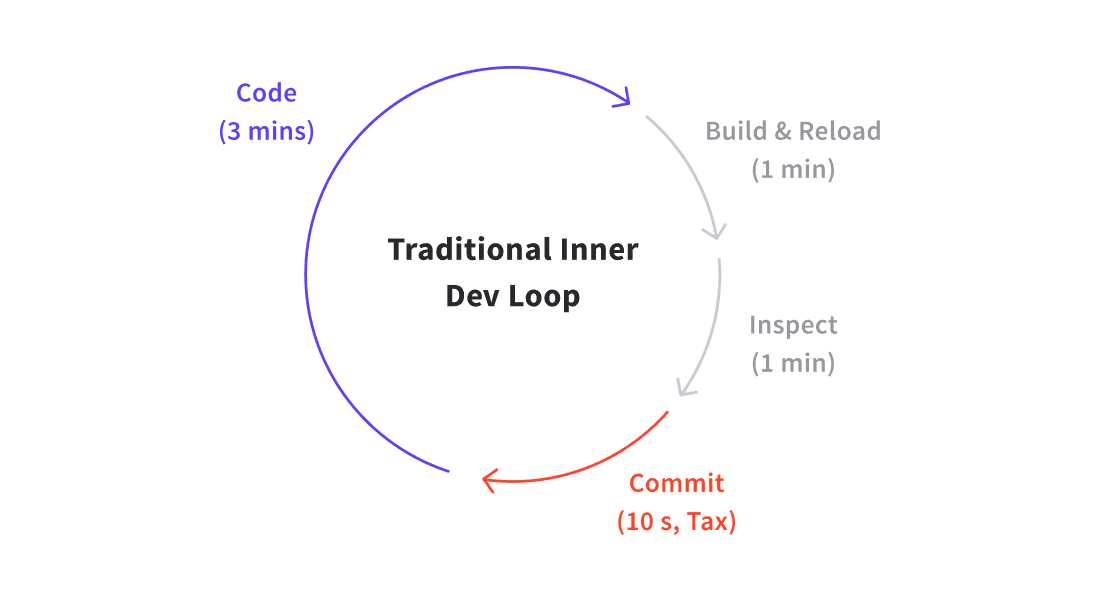 In search of lost time: How does containerization change the inner dev loop?

The inner dev loop is where writing and testing code happens, and time is critical for maximum developer productivity and getting features in front of end users. The faster the feedback loop, the faster developers can refactor and test again.

Each new step within the container inner dev loop adds to overall development time, and developers are repeating this process frequently. If the build time is incremented to 5 minutes — not atypical with a standard container build, registry upload, and deploy — then the number of possible development iterations per day drops to ~40. At the extreme that’s a 40% decrease in potential new features being released. This new container build step is a hidden tax, which is quite expensive. 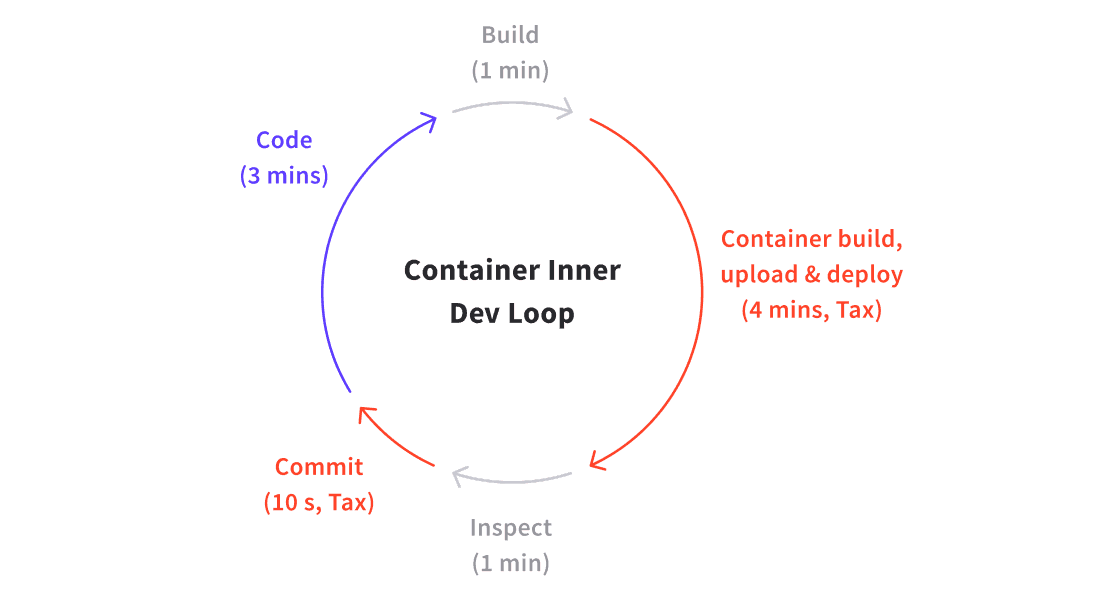 New technologies and tools can facilitate cloud-native, containerized development. And in the case of a sluggish inner dev loop, developers can accelerate productivity with tools that help speed the loop up again.