The Kubernetes monitoring and distributed tracing landscape is hard to grasp. Although this conceptual approach to observability is nothing new — companies like New Relic revolutionized single-application performance monitoring (APM) over a decade ago — it took a few years and the Dapper publication for this idea to migrate to distributed applications. The importance of this technology is only increasing, as more and more of us are building “deep systems”.

As the industry is slowly but surely maturing, standardization is underway. Standardization means proprietary vendor solutions and open source projects are able to collaborate, making our lives easier. For newcomers, understanding the plethora of options, concepts, specifications, and implementations available is still a daunting task:

The K8s Initializer can make it easy to enable distributed tracing in any microservices-based system by offering an opinionated and preconfigured application stack that will get you up and running in no time. This way, you can focus on understanding your service topology and interactions rather than waste days on attempting to understand competing standard integrations and tuning configuration switches.

Specifically for observability and distributed tracing, the K8s Initializer bundles a Jaeger installation to collect and visualize traces along with a pre-configured Ambassador Edge Stack acting as the ingress controller that will create a trace context on every request. A single selection is required.

As per the option we selected, we’ll be generating Zipkin-format traces and use B3 headers for propagation between our services. There you have it! Instrument your Java, Python, Golang or Node.js applications with Zipkin and B3 header propagation libraries, then configure your code to send the trace data to the jaeger-collector.monitoring:9411 service endpoint.

All that is left to do is making a few requests and visualizing the trace data in the Jaeger UI.

As we installed the Ambassador Edge Stack as our ingress controller for Kubernetes via the K8s Initializer, it will instrument parent trace spans for each request coming into our Kubernetes cluster from the internet. The K8s Initializer also pre-configured Ambassador to exposes the Jaeger UI on a subpath: https://$AMBASSADOR_IP/jaeger/

Simply by visiting this URL on our installation, we are able to visualize the generated and collected trace information emitted by our Ambassador installation: 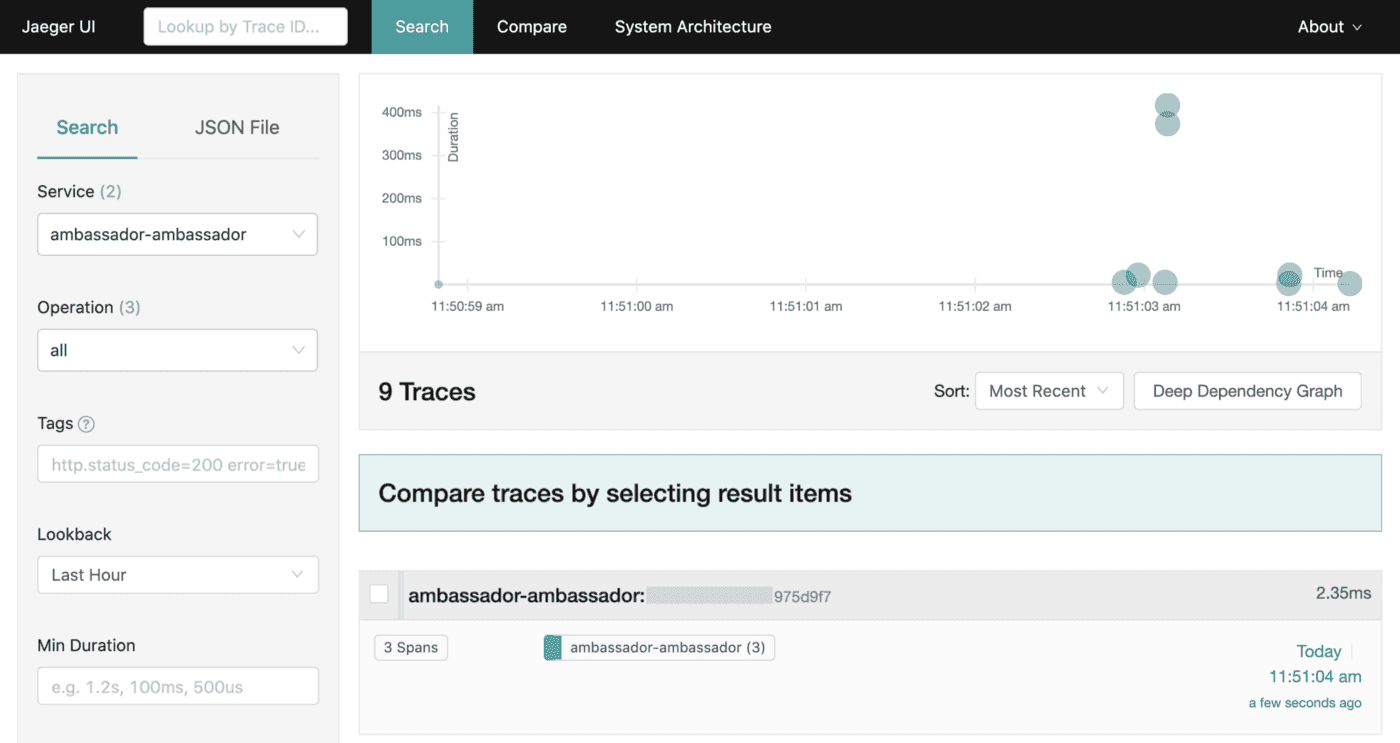 The OpenTelemetry project was created with the intent of stopping the proliferation of API standards and libraries one might need to support for all their observability needs, effectively replacing the Zipkin-API, OpenCensus, OpenTracing and more competing implementations.

OpenTelemetry provides a single set of APIs, libraries, agents, and collector services to capture distributed traces and metrics from your application. You can analyze them using Prometheus, Jaeger, and other observability tools.
-https://opentelemetry.io/

It’s at this point in the conversation that someone inevitably mentions that XKCD... 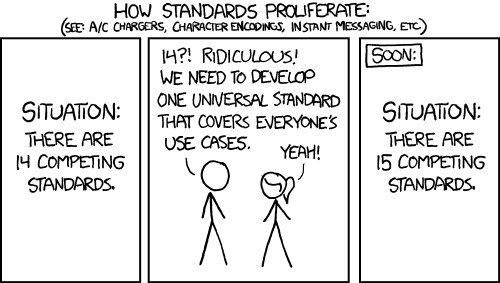 OpenTelemetry ultimately supports multiple formats in its OpenTelemetry-Collector, easing the transition from one technology to another when installed as a middleware and translator to relay trace data to other collectors. Along with many of its long-awaited features, it supports multiple trace exporters for Jaeger, Zipkin and proprietary APIs.

In this tutorial, we’ve shown you how to monitor your Kubernetes application with distributed tracing in just a few clicks with the K8s Initializer. To learn more about these tools and distributed tracing, we also recommend A Complete Guide to Distributed Tracing by the Lightstep Team.

We also have guides to setup Edge Stack with Datadog, Zipkin, and Prometheus and Grafana.