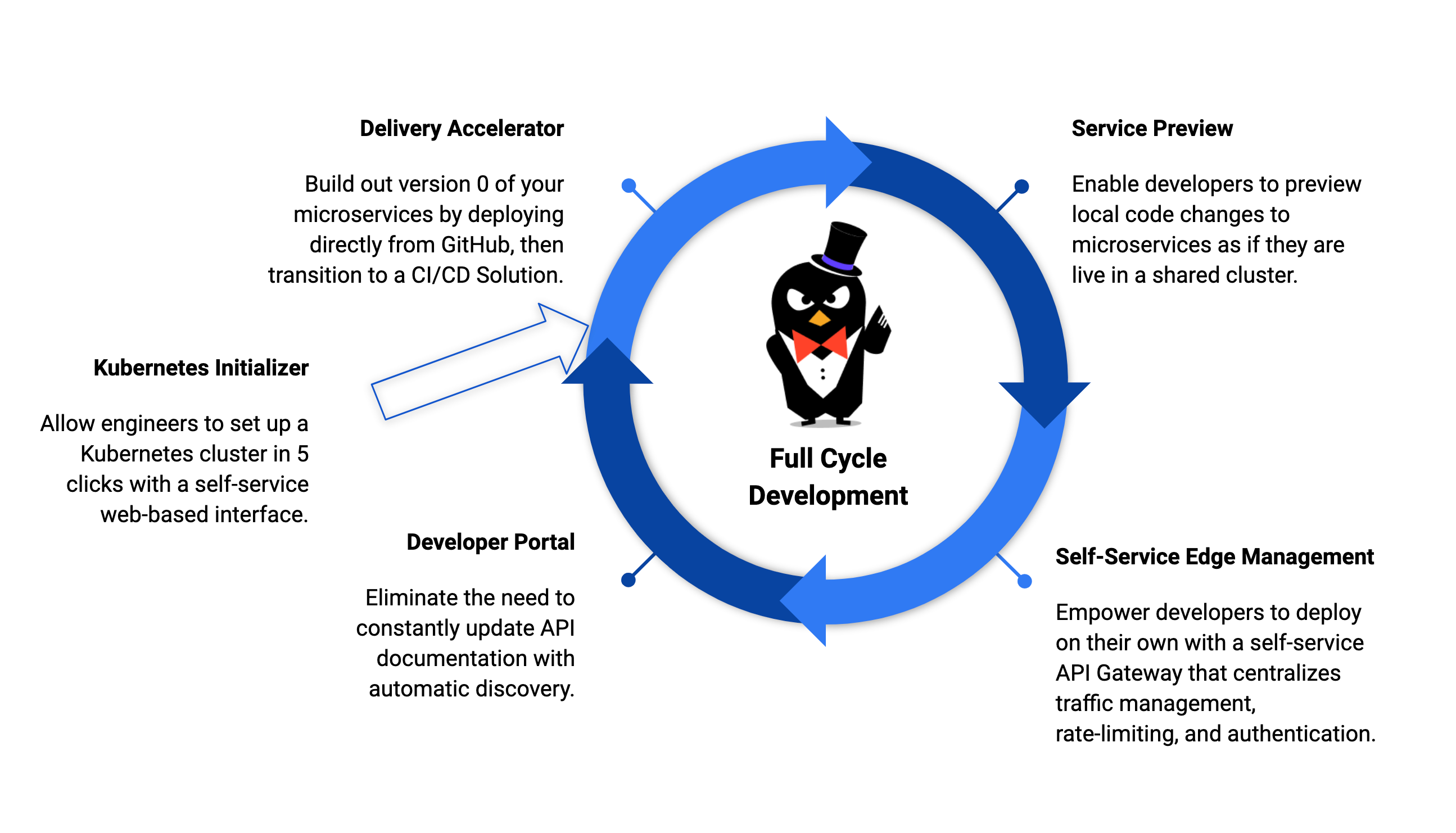 KubeCon + CloudNativeCon Virtual Event, August 17, 2020 --Datawire, the company behind the most popular Kubernetes-native API gateway, Ambassador, today announced a suite of products to eliminate friction for developers and empower them to get started sooner and code, test, deploy changes in the way that is more rapid, safe, and efficient.

With increased organizational adoption of Kubernetes comes the promise of better user experiences, smooth horizontal scaling, and the ability to innovate fast. However, particularly for developers that are new to Kubernetes, if they don’t have the right tools in place,  it can introduce a  new set of challenges that slow developer productivity. These challenges can range from configuring an app-ready Kubernetes cluster and building a continuous delivery pipeline, to reducing inner dev loop delays and ensuring that frequent changes don’t lead to out-of-date developer portals.

The newly available Ambassador suite of products is designed to mitigate these challenges, so organizations get the most value from their move to Kubernetes. These new offerings include:

With this suite of products, Datawire has created a solution that enables organizations to take advantage of Full Cycle Development.