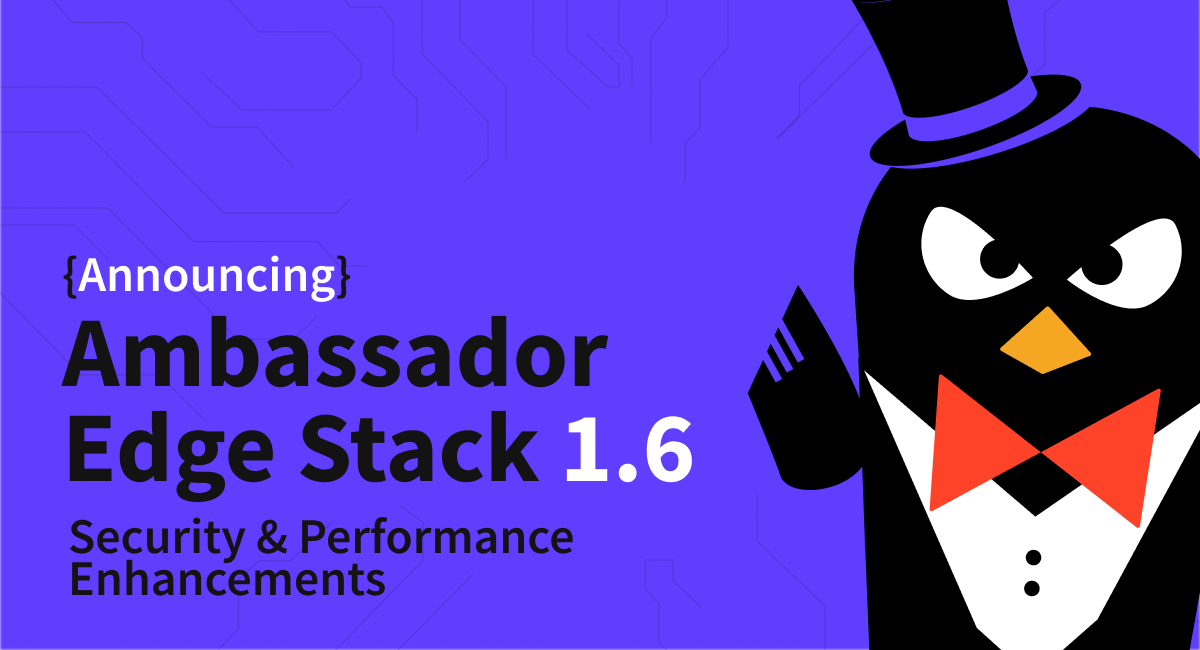 Organizations are increasingly using Ambassador to expose, secure, and manage traffic to support larger and more sophisticated applications. Customers have now placed Ambassador into production with requirements as high as  500,000 requests per second (RPS) and jumps from 5 million users to 15 million in less than 10 minutes. In addition, as Ambassador’s customer base has grown into financial services, healthcare, and government agencies, security requirements for the Edge Stack has increased.

Specific product enhancements in  Ambassador 1.6 include:

Datawire develops the most popular API gateway solution for Kubernetes. Built on the industry-leading Envoy Proxy, Ambassador Edge Stack is available in both open-source and commercial editions. The ease of installation, breadth of services, and support for full-cycle development have resulted in thousands of companies adopting Ambassador Edge Stack, including Microsoft, PTC, Nvidia, and Ticketmaster. Headquartered in Boston, MA, Datawire has development locations around the world, including Portland, Oregon, and Montreal, Canada. Developers and operations teams can download a free community edition of Ambassador at www.getambassador.io .